A Beginners Guide to Port Wine

Wine enthusiast Stephen Iwerebon will take you through the basics of everything you need to know about delicious Port wine.

What is Port wine? Port wine is one of the words most notable fortified wines.  Here are some basic facts on this traditional wine: 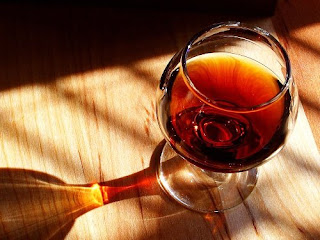 Port Wine is defined as a Portuguese fortified wine produced exclusively in the Douro Valley in the northern provinces of Portugal. It is typically a sweet, red wine, often served as a dessert wine, though it also comes in dry, semi-dry, and white varieties.
This wine came to be popular throughout history.  It is named after the city Oporto where the wine was taken to port and loaded onto ships for England. The English fighting with the French in the 17th century boycotted French wine and started to import from Portugal. The fragile wine became fortified when a bit of brandy was added to it to help shelf life as it made its voyage to the England. The introduction of brandy added to the higher alcohol content and added sweetness and stopped the fermentation process. It was a huge success in England and has since spread worldwide.

While traveling, Stephen Iwerebon has had the opportunity to sample a variety of Port wines, admiring their different styles and flavors.
There are several different types of Port. Port is used to describe the region and the fortified wine. The main ports are red but there is also a white variety as well. Many ports are still stomped or treaded in Agares (large stone or cement tanks). After treading, the grapes are left seeds stems and all to ferment for several days until the alcohol level reaches 7 percent. The brandy is then added and it is aged in oak casks for about 18 months.  There are several styles based on aging. The main 2 are wood and bottle aged. Wood aged ports are ready to drink young. Bottle aged may sit for a decade or more before reaching their peak.

Ruby Port is a very popular port aged for about 3 years.  The name refers to the color the wine has out of the bottle.  At this stage the wine is intense and fruity with flavors reminiscent of cherry, blackberry and blackcurrant, a favorite for Stephen Iwerebon.
Tawny Port is another type, which age for longer periods in oak casks. These include the sumptuous 10, 20, 30 and 40 year old Tawny Ports. The nuttiness and aromas of butterscotch and oak wood intensify the longer they spend in the cask. Stephen Iwerebon enjoys this type of wine after a meal, as a dessert wine.
White Port is made from the white Port grapes, which are aged for two to three years in large vats and can be sweeter or drier in style.
Bottled Ports are Vintage Ports. These have been conditioned or aged in the bottle after being aged for 2 years the vat. These bottles continue to grow in complex flavor as they age but are fine to drink young. The Vintage Ports represent the best grapes of that season and are among the most long-lasting of all wines.
Crusted Ports are not a single year like Vintage but are bottles without filtering the sediment leaves a crust in the bottle as it ages. These types of ports should be decanted to remove sediment and allow the wine to breathe.
Port wines pairs well with cheese and the young Ruby is often served with chocolate of used as a reduction for steak. The White Port is often served as a aperitif to start the meal off.


Pick up a bottle and some of your favorite cheese and enjoy a wonderful evening with friends, exploring this decedent rich wine.
Posted by Unknown at 8:56 AM